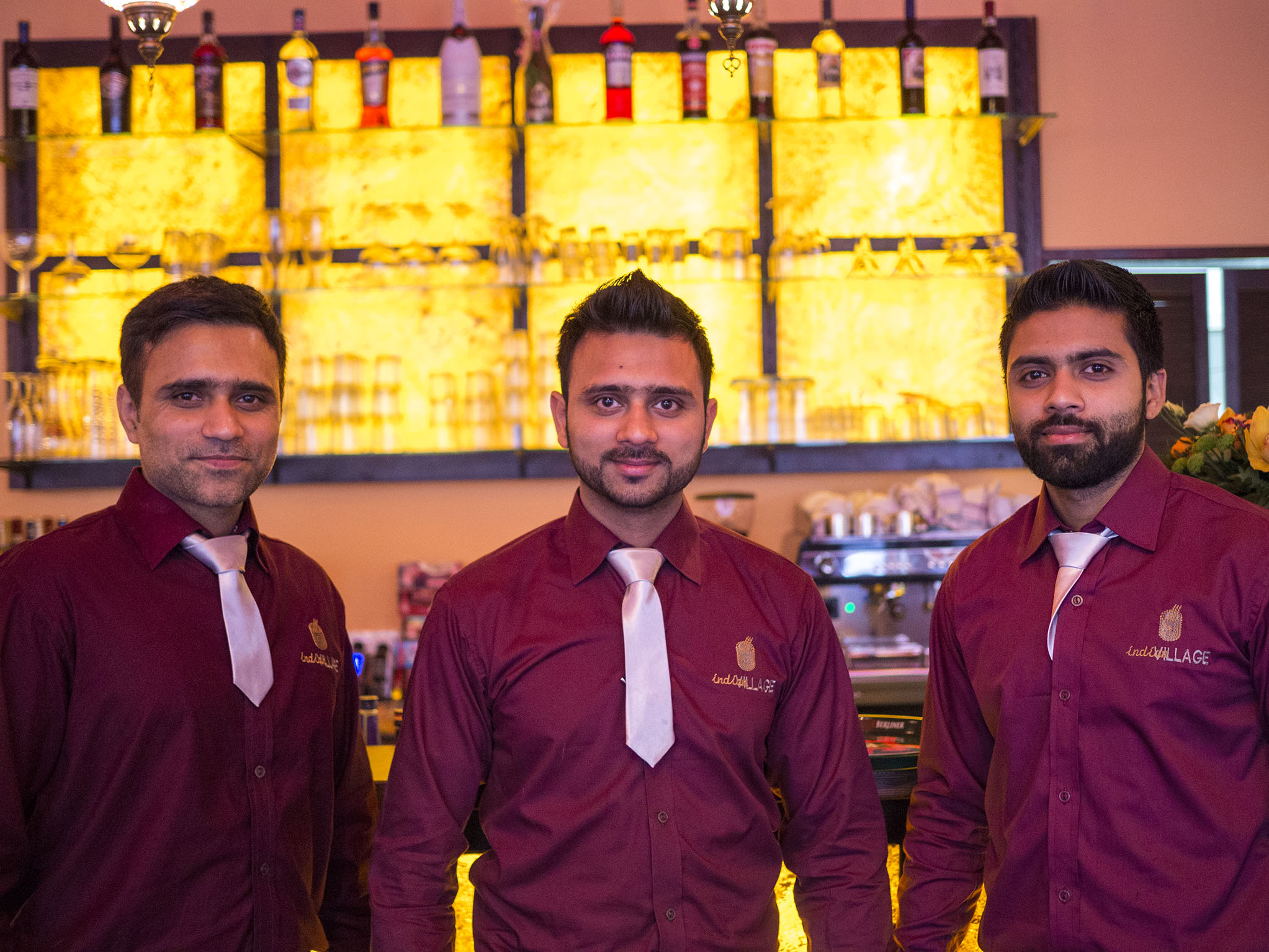 The North Indian cuisine, especially that of the Mughals, is the most famous Indian cuisine in the western world. Characteristic features are a heavy use of dairy products such as yoghurt or ghee and a relatively high proportion of meat dishes, mostly goats or lamb. The use of nuts and spices such as caraway seeds and saffron is due to the oriental influence. Typical are dishes from the tandoor, a clay oven in which not only naan and chapati, but also the well-known tandoori chicken are prepared. Another specialty are the samosas, which are also widespread in Pakistan, and are richly varied and aromatic filled dumplings. Most dishes are rather cautiously spicy and have a saucey consistency that results from long cooking times.

The West Indian are are characterized by the very different cuisines of Goa, Maharashtra and Gujarat, which also differ greatly geographically. Goa, located on the coast, uses a lot of fish and seafood, which are also on the menu of the Hindus here. Due to the historically high proportion of Catholics in Goa, it is also common to eat pork, such as the well-known specialty Vindalho. The cuisine of Maharashtra is characterized by its very fertile landscape, which offers a variety of fruits and vegetables. In addition, millet, especially sorghum, is widely used. The Gujarat region has the highest proportion of vegetarians on the subcontinent, which means that the most varied vegetarian dishes come from this cuisine. The extreme climatic conditions in the region, which range from the dry and hot desert climate to the wet and warm climate during the monsoon season, also have a major influence. The kitchen is usually heavily seasoned.

East Indian cuisine is known for its desserts and sweets. Above all, the Bengali cuisine has produced many dishes that are now common across the subcontinent, such as the well-known khir, an aromatic rice pudding or sandesh, a confectionery-like specialty. Typical spices are mustard oil, fennel seeds, black cumin and cumin, which are used whole (i.e. unground) with restrained heat (see Panch Phoron). Similar to North Indian cuisine, many nuts are also processed, especially for sweets. In East Indian cuisine, as in South India, rice is one of the most important staple foods, you can also find a lot of vegetables and - otherwise rather uncommon in India - freshwater fish.

Rice is one of the most important staple foods in South India. It is not only used as a whole grain, but also in the form of flour, among other things for the preparation of Idli or Dosa. The tropical climate is responsible for the use of a large number of different vegetables and fruits, but also fish and seafood. The use of coconut, grated in chutneys or in the form of coconut milk or coconut oil is also characteristic. The most common dishes include the sambar and biryani lentil dish served with rice, a rice dish with vegetables and usually meat. Curries are also native to South India, more precisely in Tamil cuisine. This term does not refer to the spice mixture known in German-speaking countries, but rather spicy dishes that served only as inspiration for the curry powder, which is only produced for export. The South Indian cuisine is characteristically spicy due to the high use of green and red chillies, but also the pepper from the southwest Indian Kerela, as well as garlic and ginger. In addition, many dishes are also seasoned with curry leaves and tamarind. Typical dishes are varied and made from legumes, such as dals. 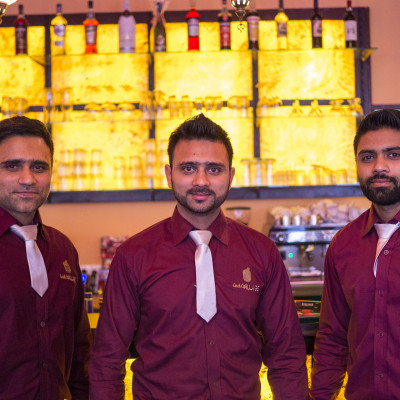 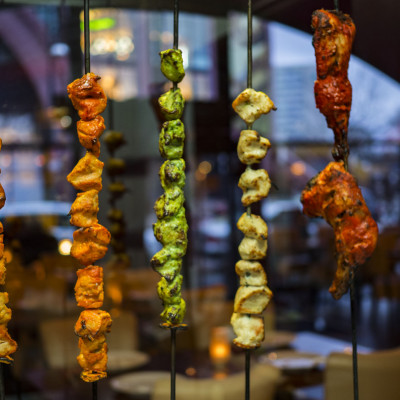 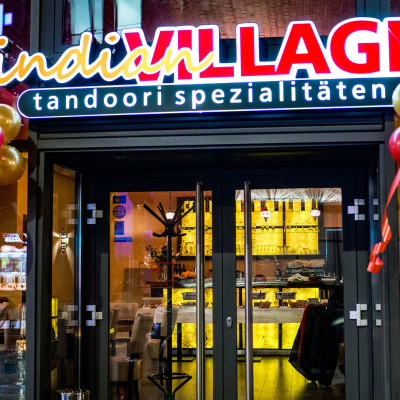 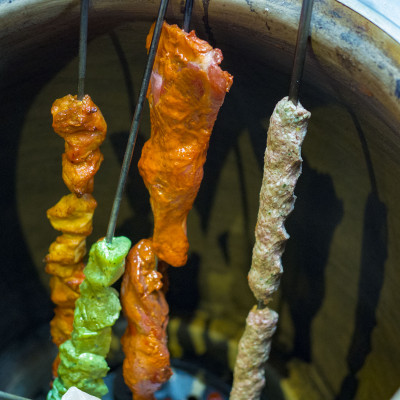 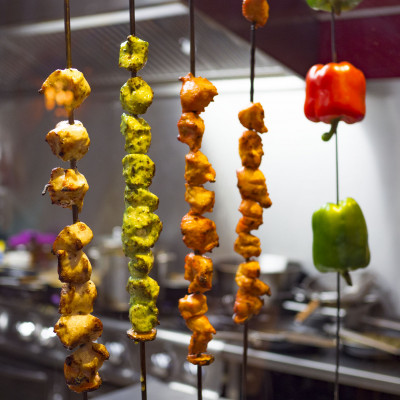 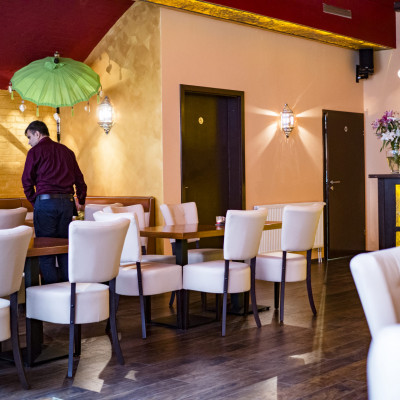 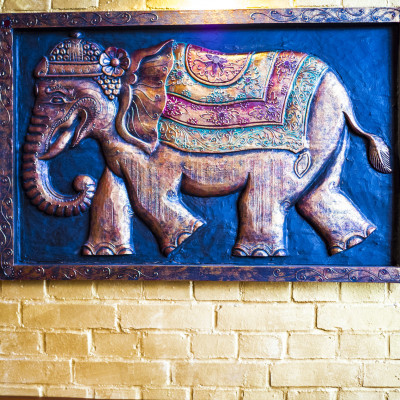 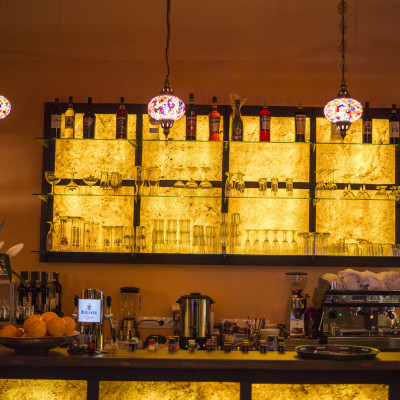 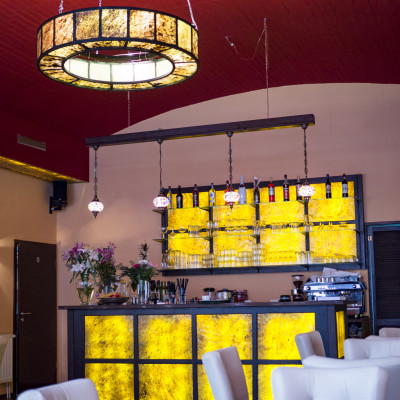 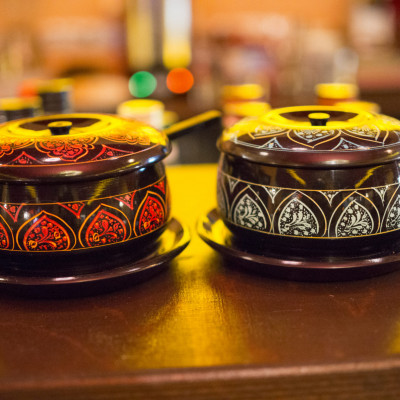 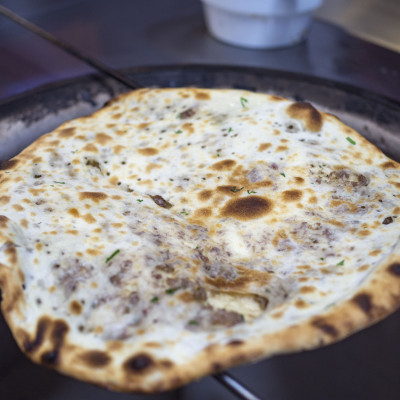 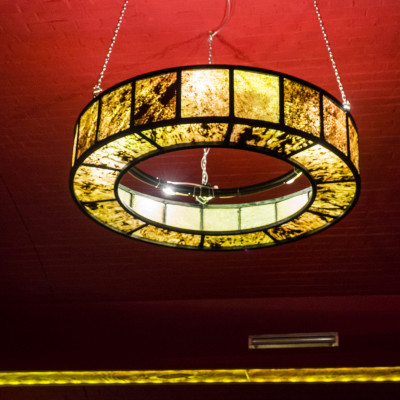